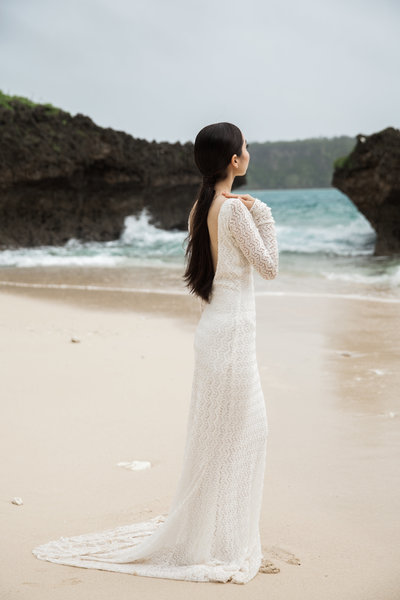 An amazing group of gorgeous, innovative professionals got together once again to create a new and exciting shoot for Inside Asia.

For this collaboration we had generously been given some amazing swimwear from Kaanda Beach Life, gorgeous dresses and accessories from Dalaya Store as well as some groovy inflatable props by La Franchise.

The date had been set, the model assigned and we were ready to go!

A coupled of days before the shoot I had brainstormed some ideas and the team discussed them over social media. I was really into the idea of creating a vintage swimming hat, pretty much like the old post war 1950’s designs. I’ve always had such a love for these as it reminds me of an old Esther Williams film called Million Dollar Mermaid.

The challenge then became sourcing a swimming cap of that era and I quickly realised the best option was to make one myself.  I therefore loosely based my design on this concept which complemented the look and style of the swimwear by Kaanda Beach Life.

With a brief search in a local department store, I managed to locate a pink material ladies swimming hat and then bought some artificial flowers to add to it.  I then got to designing and created a rather lovely floral swimming cap, if I don’t say so myself!

After a few days of planning, sewing and designing we met at the shoot location, the all new Café Del Mar in Kamala. Initially it was a bright sunny morning, we unpacked our equipment and I got to work on our model Maria.

We all decided on the first look and chose the location based on the heavy clouds gathering which suggested that a storm might be heading our way. The scene was to be the inviting pool utilising one of the funky inflatables provided by La Franchise as a prop.

During a quick changeover, the clouds had darkened so I quickly adjusted Marias’s look and we decided to shoot under cover. The heavens then opened which forced us to re-evaluate our shooting schedule to accommodate the changing weather. However, the flow of the shoot wasn’t interrupted by the heavy downpour because we constantly had the upbeat support of the resident DJ at Café Del Mar.

In total we shot for about 9 hours, from light to dark, in between the rain and the power cuts and as a result most of our day was spent under cover, waiting patiently for the perfect conditions and shooting when there was a window of opportunity.  In the end seven different locations were used for our photo shoot around the fantastic Café Del Mar.

Despite the unexpected weather conditions, we all had positive musical vibes flowing throughout the day and the hot tea and coffee provided definitely helped too!